Company to benefit 25,000 people in more than 50 different cities 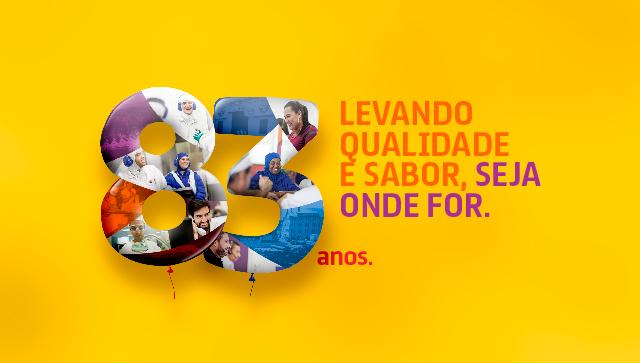 BRF, one of the largest food companies in the world, complete 83 years on Friday (18/8) and will celebrate by doing good. To commemorate, the company invited its employees, through the BRF Institute, to engage in voluntary works in the communities where BRF operates.

"BRF is celebrating its birthday and the party is great. We will exercise our social responsibility, reinforcing our commitment to generate shared value for our stakeholders and to bring well-being to the communities we serve, "said Marcela Toguti, executive director of the BRF Institute.

Simultaneously, more than 120 volunteer works will be developed in 50 locations. In addition to Brazil, the works will also be developed in other countries such as Argentina, England, Chile, Thailand and The Netherlands. The expectation is to mobilize about 2,000 volunteers and benefit 25 thousand people. The initiatives were previously registered on the Institute website and were available for the volunteers' choice.

This year, volunteers will do various actions ranging from revitalization of public spaces, food collection, blood donation and celebration with children of elderly social organizations. "The actions will contribute positively to the transformation in the territories of which the company forms part. We believe that the initiative is fundamental for the development of these localities, in addition to integrating the company with the community, "said Marcela.

Last year, BRF carried out 105 works and the participating countries were Brazil, Argentina, Austria, the Netherlands, Singapore, Russia, the United Kingdom, Italy and Hungary. The company has mobilized 1700 volunteers to celebrate its 82nd birthday. "It is very gratifying to see the result of all work done to promote social innovation through well-being. We want more and more to stimulate volunteering within the company and promote social insertion, "added Marcela.

Check out the works taken this year by the BRF Institute in www.institutobrf.com.