BRF LAUNCHES ONEFOODS, ITS SUBSIDIARY DEDICATED TO THE HALAL MARKET 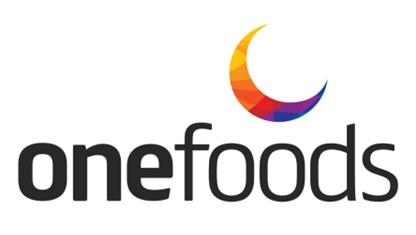 In the first week of January, BRF launched the operations of OneFoods, its subsidiary dedicated to the halal market, which previously was called Sadia Halal. OneFoods will operate in an estimated market formed by 1.8 billion people whose economic and demographic growth exceeds the world average.

“By creating a local company to consolidate our operations in Islamic markets, we moved further up the production chain to get closer to our consumers, which should support the accelerated growth of OneFoods,” said Pedro Faria, BRF’s Global CEO.

OneFoods has a market share of approximately 45% in chicken products in Saudi Arabia, United Arab Emirates, Kuwait, Qatar and Oman, which are markets in which it operates with own distribution and a broad product portfolio. The products are sold under market-leading brands, including Sadia, which is top of mind among food brands in Middle Eastern countries.

"If you ask which is the number one halal food brand in the Middle East, the answer is Sadia. This is a fantastic asset that shows how close we are to consumers and just how confident they are in the quality and origin of our products. We’re talking about a relationship of over 40 years, given that the first container of Sadia products arrived in the region in the 1970s," explained Pedro.

With registered office in Dubai, United Arab Emirates, OneFoods has around 15,000 employees and a fully integrated production chain. Products are supplied by ten plants, eight of which located in Brazil, one in the United Arab Emirates and one in Malaysia, all of which hold the required halal certifications. "The subsidiary's operations are fully integrated, which gives OneFoods a unique position in terms of production costs compared to its competitors," said Faria.

Patricio Rohner, BRF general manager in the Middle East and North Africa, will be the leader of OneFoods. The executive works at BRF and has been living in the region for over 15 years, where he has acquired vast knowledge of local dynamics, consumer habits and commercial practices.

"OneFoods already operates in more than 40 countries in the Middle East, North Africa, Europe and Asia. Its goal is to accelerate the transition process and forge closer relationships with consumers in all its markets, by replicating the leadership it has attained in the Middle East through its brands, distribution, integrated chain, low costs and high-quality and innovative products," explained Rohner.

Click here to know how "OneFoods" brand was created.