By analyzing 627 genome sequences of SARS-CoV-2, the University of Lajeado, in an international collaborative study, seeks to identify compounds that can inhibit viral replication 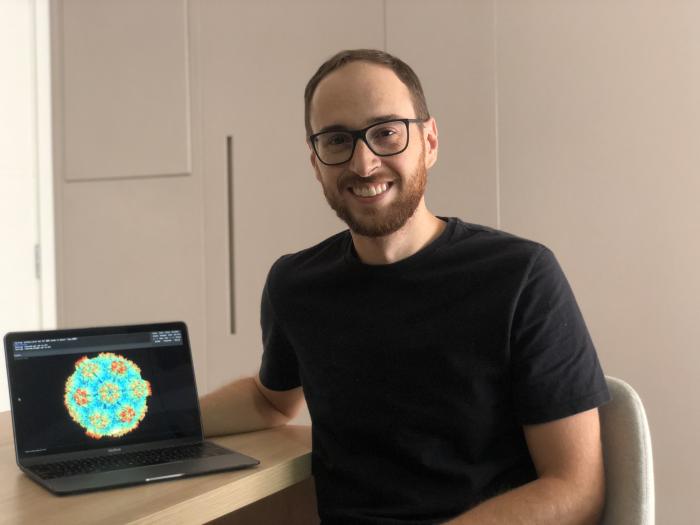 Eight months after BRF donated BRL 100,000 to Univates, in Lajeado (RS), in support of research and projects related to Covid-19, among the promising studies of the University of Vale do Taquari are the identification of mutations in the genome of the SARS-CoV-2 virus and the search for compounds that can inhibit viral replication. The first step was to analyze 627 genome sequences of SARS-CoV-2 collected from samples in different regions of the country. The team identified 109 mutations in the virus, which do not mean new variants of the disease, but are an important discovery for a better understanding of the behavior of SARS-CoV-2. The study also provides support for a better understanding of the efficacy of vaccines, aiming to identify compounds that can be used to cope with the pandemic.

The results of this first phase of the research were shared on a cure and submitted to one of the most prestigious scientific journals in the world, Scientific Reports, from the Nature group. The team consists of six researchers, including professors and students from Univates, one of whom is a doctoral fellow and one is a post-doctoral student. Professor Luís Fernando Saraiva Macedo Timmers, PhD in Cellular and Molecular Biology, coordinated the analysis of mutations in genomes, carried out from June to December last year. The data for this study was obtained through the public database GISAID, in Germany, which included samples collected in Brazil and sequenced in a collaborative study involving scientists worldwide.

To evaluate the presence of mutations in the SARS-CoV-2 genome, Univates researchers combined computational techniques such as structural bioinformatics and comparative genomics, in order to demonstrate which are and where, in the structure of the virus, are the prevalent mutations. The study is highlighted by Univates as an expansion in knowledge about the interaction of the Covid-19 virus with the human body.

“We have completed the computational part and are now starting the experimental part”, explains Timmers, adding that, based on the findings of this work, the PhD student of the Graduate Program in Biotechnology (PPGBiotec) Débora Bublitz Anton will concentrate the research on one of the viral proteins, 3CLpro, in search of potential inhibitors. “The research contributes to the scientific community by showing the mutations present in the virus, their locations in the structures of viral proteins, paving the way for the search for new compounds in the fight against the virus. It is also a warning sign to society, as it reinforces the perception that it is a virus at high risk of mutation. Therefore, protective measures are important”, the researcher highlights. This stage of development of new drugs against the SARS-CoV-2 virus is headed by professors Márcia Inês Goettert and João Antônio Pêgas Henriques, who will coordinate cell culture tests of the most promising compounds.

Other Univates surveys with support from BRF

This is not the only Univates project under development that uses resources donated by BRF.

• Faster and cheaper diagnosis
- In a project under the title Detection of Corona Virus-2 Respiratory Syndrome Virus by Fourier Transform Infrared Spectroscopy, Professor Daiane Heidrich, PhD in Medicine, is seeking a faster and cheaper test, with less environmental impact, to detect the virus through saliva, rather than secretion collected from the nose and throat as used by RT-PCR. The objective is to develop an alternative technology that can be used by the population of Vale do Taquari, through the support and interest of municipal health networks, and even outside the region where Univates is located.

•             Ozone for disinfection and sanitization
- The Director of Innovation and Sustainability of Univates, Professor Simone Stülp, PhD in Mining, Metallurgical and Materials Engineering, is coordinating a project, together with Alvap, a startup located at Tecnovates, which is investigating the adoption of ozone for disinfection and sanitization. Alvap's handling of ozone is used for fruit cleaning and water purification, especially in industry and agriculture. Professor Simone Stülp points out that BRF's investment for Tecnovates is an approximation with BRF's Innovation Hub, connected with the priority areas of the Technology Park, and welcome in an area of extreme need at this time of sanitary emergency. BrfHub is BRF's open innovation arm, which seeks to connect the company daily with new studies and technologies.

Donations in the fight against Covid

The donation to Univates is part of the BRL 50 million announced by BRF in April 2020, used in food distribution, medical supplies and support for research and social development funds, to contribute to efforts to combat the effects of the pandemic. The initiative reaches hospitals, social assistance organizations and health professionals in the states and municipalities in which the company operates. Among those included, in addition to Univates, are Fundação Oswaldo Cruz (Fiocruz), in Rio de Janeiro, Instituto Butantan and Hospital das Clínicas, in São Paulo.

Less than a month ago, on March 31, BRF announced the donation of more than BRL 50 million, which includes shares in 15 Brazilian states and in countries where BRF has production units, distribution centers and corporate offices. Food will be delivered to hospitals, social organizations and initiatives to support vulnerable populations. Hospital supplies and medical equipment, such as ventilators, oxygen plants and ICU beds, will be destined to municipal, state and health organization. Other social and health development actions are also planned, as well as support for new scientific research, aiming to contribute with solutions to the challenges posed by the worsening of the pandemic.

Donations and other actions by BRF in the fight against Coronavirus can be accompanied on the website https://www.brf-global.com/sobre/seguranca/comunica-coronavirus

One of the largest food companies in the world, BRF is present in more than 130 countries and owns iconic brands such as Sadia, Perdigão and Qualy. Its purpose is to offer quality food that is increasingly tasty and practical, to people all over the world, through the sustainable management of a living, long and complex chain, which provides a better life for everyone, from the countryside to the table Based on fundamental commitments to safety, quality and integrity, the Company bases its strategy on a long-term vision and aims to generate value for its more than 95,000 employees worldwide, more than 330,000 clients, approximately 10,000 members in Brazil, all of its shareholders and for society.

BRF DONATES FOOD TO SEVEN HOSPITALS IN THE REGION OF ITAJAÍ, CAMBORIÚ AND BALNEÁRIO CAMBORIÚ